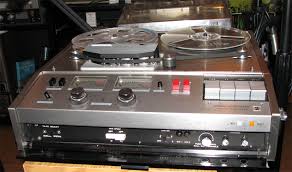 Not only must Justice be done; it must also be seen to be done

.. is oft repeated. And indeed Justice is supposed to be done in public.  Unless decided by the Court to be an ” in camera ” trial, one can simply visit the Court and watch the proceedings. Even Court Records – submissions by different parties and then the final judgement – is supposed to be Public and accessible to anyone.

Come the Digital Era then, the logical next step would have been recording of Court proceedings. And indeed the more advanced countries seem to have moved in such direction as you can find plenty such videos on youTube ….

In India, however, the Jury of honorable Judges is still  out on the matter. Why they want to avoid public scrutiny is of course best known to them.

It is interesting , hence, to note of some attempts being made in this direction. For one such, see :

And for the full story on this, see :

Taken from there, a truly utopian vision- as any who has ever been to any court would vouch ! :

“If it were utopia, the moment I go to court the judge would stand up and say to me: ‘Mr. Khosla despite our best efforts at devising laws whose objective would be to prevent people breaking the law, it seems in your case we have failed. So on behalf of society I owe you an apology and I apologise. Now please tell me what your problem is and how can I help you?’ That’s how a hearing should start,” 53-year-old law student Deepak Khosla tells me.

Indeed, the previous Government had made some plans in his direction See;
http://archive.indianexpress.com/news/legal-reforms-government-for-video-recording-of-court-proceedings/1193581/

“The Advisory Council met here. Unanimously the council believed that court proceedings must be videographed and that the technology (for the same) must be put in place now,” he told PTI here.

Sibal said the plan is to begin with video recording of the proceedings of the trial court.

“…start with the trial courts as it is the foundation of the justice system,” he said.

The Minister said the judiciary will be taken on board on the issue.

And with the present Modi Government’s push for transparency in all fields, one can only hope for the best !

« Eleven Months Lease Deeds also need registration !
Nominee of deceased in a Cooperative Society is entitled for ownership by transfer »